The only constant in life is change. I've moved to tumblr permanently, so below is where you can find me and my ongoing creative endeavors.

MY WEB SITE (a curated collection of my art and illustration): http://www.matt-kish.com/

I hope you'll drop in.
Posted by Matt Kish at 11:11 AM No comments: Links to this post 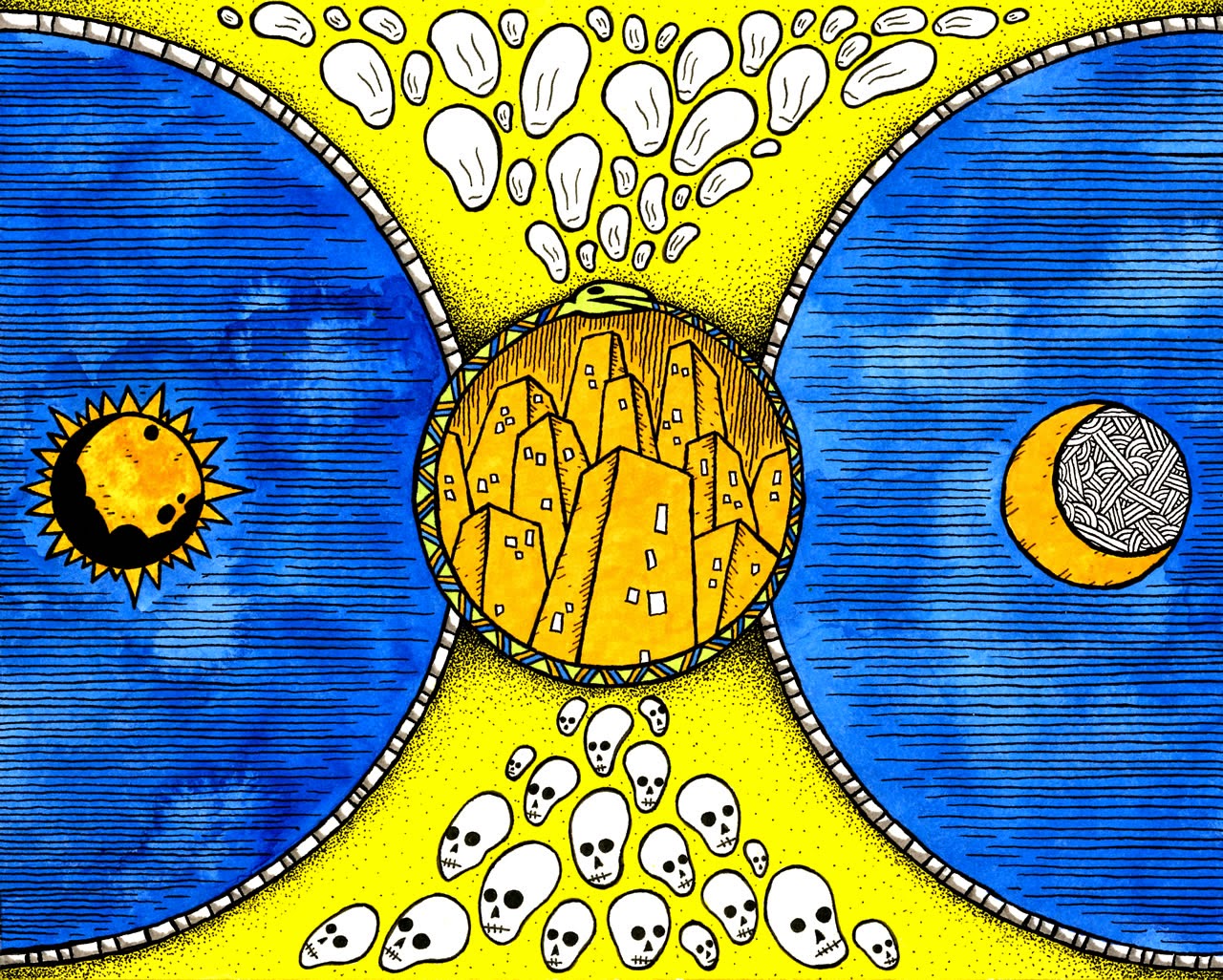 Posted by Matt Kish at 8:08 AM No comments: Links to this post

The 43rd of Italo Calvino's Invisible Cities and my fifteenth overall, Thekla, the city forever under construction. You can see the entire series of illustrations so far, which includes work from my friends Leighton Connor and Joe Kuth, at our tumblr Seeing Calvino, which is updated every Wednesday.

"If, dissatisfied with the answers, someone puts his eye to a crack in a fence, he sees cranes pulling up other cranes, scaffoldings that embrace other scaffoldings, beams that prop up other beams. ‘What meaning does your construction have?’ he asks. ‘What is the aim of a city under construction unless it is a city? Where is the plan you are following, the blueprint?’

“‘We will show it to you as soon as the working day is over; we cannot interrupt our work now,’ they answer.

"Work stops at sunset. Darkness falls over the building site. The sky is filled with stars. ‘There is the blueprint,’ they say." 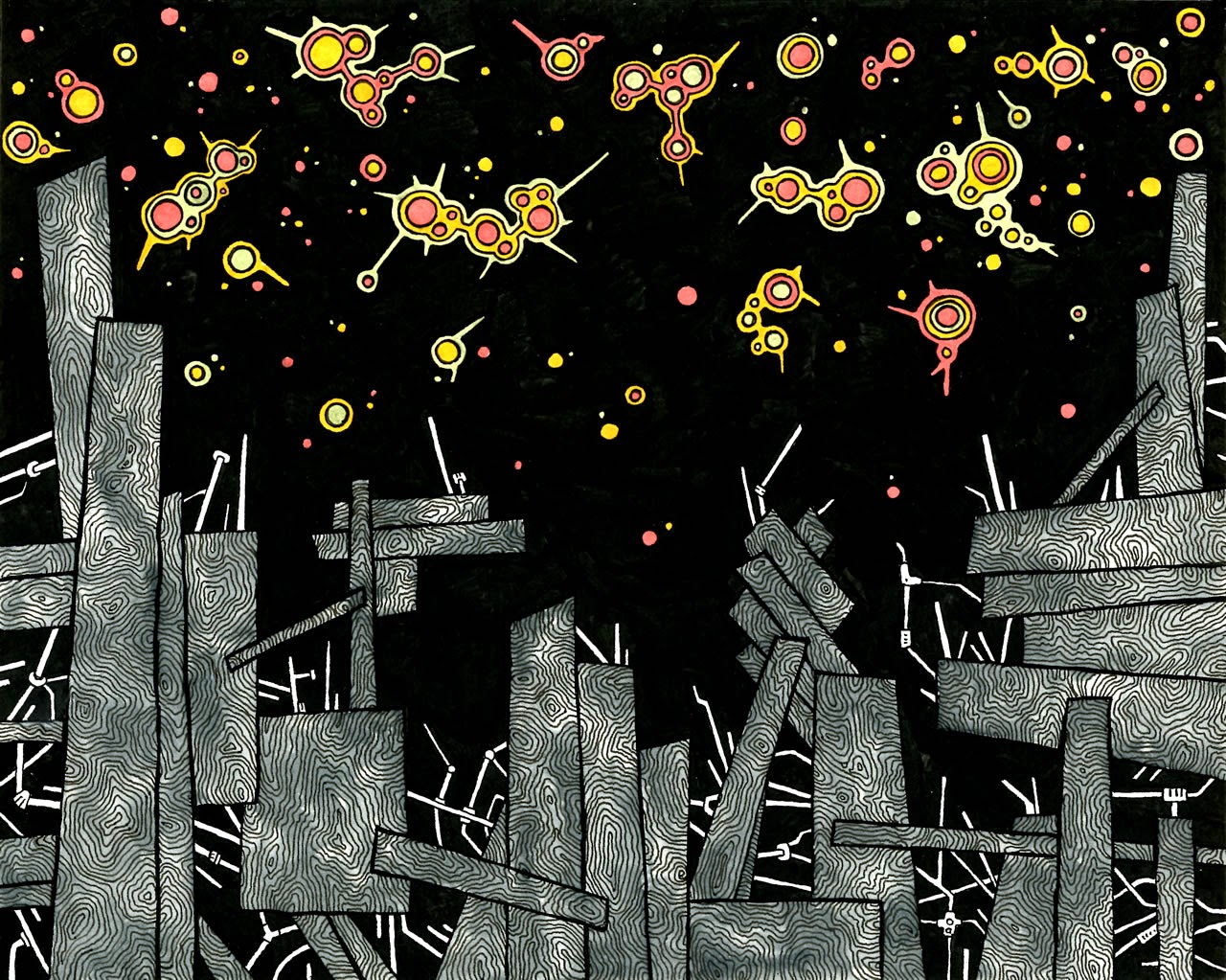 Posted by Matt Kish at 9:15 AM No comments: Links to this post