The seventh of Calvino's 55 Invisible Cities and my third illustration for the project, Zora. You can see the entire series so far, which includes work from my partners in this project Joe Kuth and Leighton Connor at our tumblr Seeing Calvino.

"Beyond six rivers and three mountain ranges rises Zora, a city that no one, having seen it, can forget. But not because, like other memorable cities, it leaves an unusual image in your recollections. Zora has the quality of remaining in your memory point by point, in its succession of streets, of houses along the streets, and of doors and windows in the houses, though nothing in them possesses a special beauty or rarity. Zora’s secret lies in the way your gaze runs over patterns following one another as in a musical score where not a note can be altered or displaced." 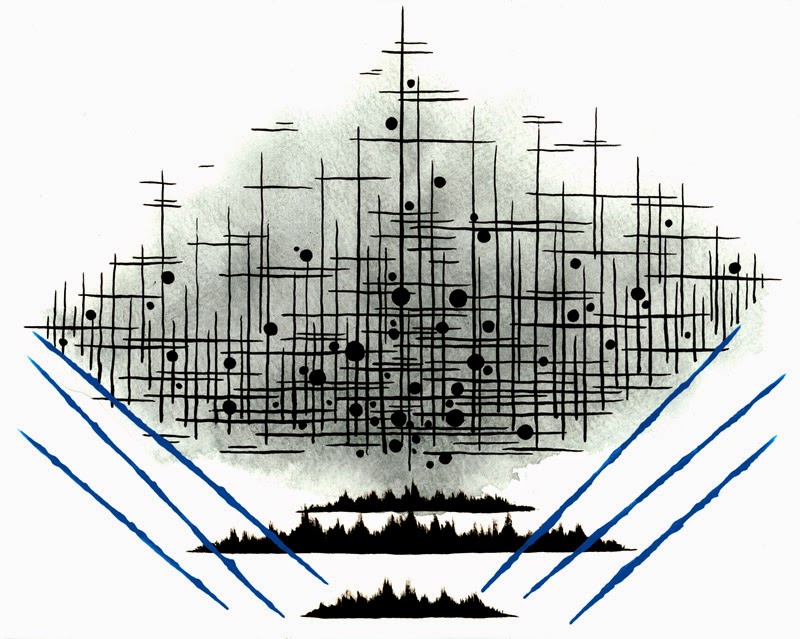