The thirteenth of Calvino's 55 Invisible Cities and my fifth illustration for the project, Zoe. You can see the entire series so far, which includes work from my partners in the project Joe Kuth and Leighton Connor at our tumblr Seeing Calvino, updated every Wednesday.

"In every point of this city you can, in turn, sleep, make tools, cook, accumulate gold, disrobe, reign, sell, question oracles. Any one of its pyramid roofs could cover the leprosarium or the odalisques' baths. The traveler roams all around and has nothing but doubts: he is unable to distinguish the features of the city, the features he keeps distinct in his mind also mingle." 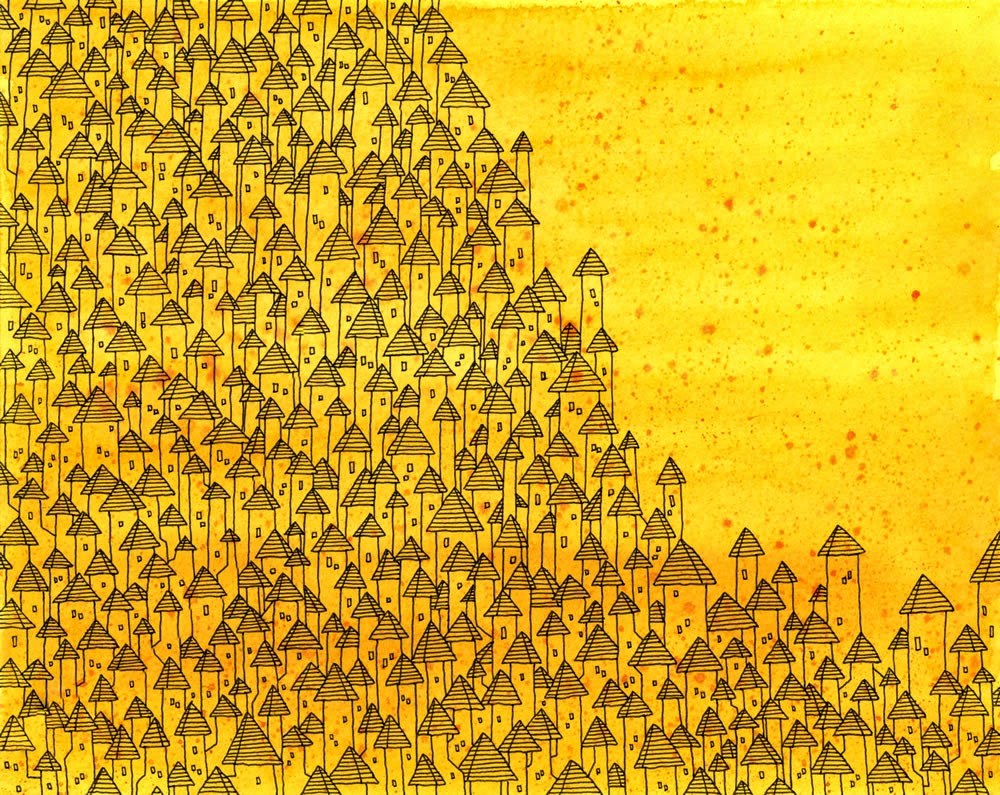