Title: But at length we perceived that by one of the unimaginable accidents of the fishery, this whale had become entangled in the harpoon-line that he towed; he had also run away with the cutting-spade in him; and while the free end of the rope attached to that weapon, had permanently caught in the coils of the harpoon-line round his tail, the cutting-spade itself had worked loose from his flesh. So that tormented to madness, he was now churning through the water, violently flailing with his flexible tail, and tossing the keen spade about him, wounding and murdering his own comrades. 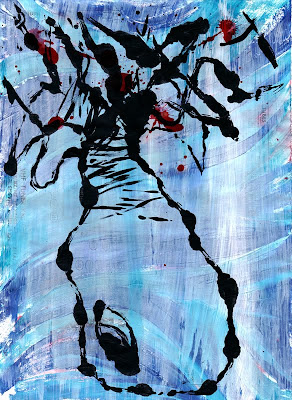