Title: It was a Nantucket ship, the Bachelor, which had just wedged in her last cask of oil, and bolted down her bursting hatches; and now, in glad holiday apparel, was joyously, though somewhat vain-gloriously, sailing round among the widely-separated ships on the ground, previous to pointing her prow for home. The three men at her mast-head wore long streamers of narrow red bunting at their hats; from the stern, a whale-boat was suspended, bottom down; and hanging captive from the bowsprit was seen the long lower jaw of the last whale they had slain. Signals, ensigns, and jacks of all colors were flying from her rigging, on every side. 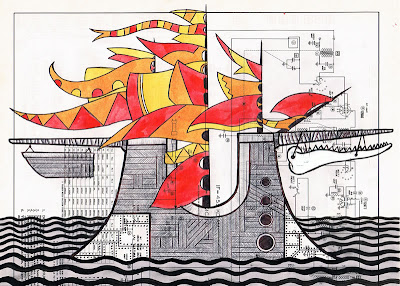