Title: ...the White Whale churning himself into furious speed, almost in an instant as it were, rushing among the boats with open jaws, and a lashing tail, offered appalling battle on every side; and heedless of the irons darted at him from every boat, seemed only intent on annihilating each separate plank of which those boats were made. 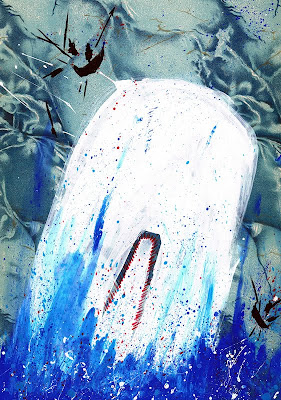